When the UK’s Covid-19 lockdown is lifted in the not too distant future, we will still face many months of social distancing measures before eventually shaking free from the clutch of this pandemic at some hopeful point next year.

So until then, how do production companies overcome the challenges that social distancing imposes on content creation? How does an industry foster safe working practices for both crew and talent? And what role does technology play in enabling new workflows and remote production?

To answer these questions, here’s an example of good working practice I’ve experienced as a cameraman working during lockdown. I’d like to share it with you in the hope that it makes you safer and gives you an insight into new production techniques in a post-lockdown landscape.

“It shows how the human spirit can adapt and we can learn to evolve very quickly, whether that’s to living, or creating content like we’ve been doing”

One London-based production company that has continued producing content for TV during lockdown is Electric Robin, a subsidiary of Endemol Shine that has recently produced popular shows ‘Have I Got News For You’ and ‘The Mash Report’ here in the UK. By carefully adjusting their programmes’ format and implementing a series of safety measures, they have ensured the cast and crew can continue to work safely and audiences remain entertained.

Planning a live-streamed programme during lockdown

Recently, I had the opportunity of working with Electric Robin on YouTube’s ‘Stream #WithMe’, a live-streamed programme featuring some of YouTube’s top content creators taking on challenges with the aim to raise money for the UK’s National Health Service. As a camera operator who had been largely out of work since mid-March, I was relieved to be getting back out to shoot but I was hesitant about how we’d do this safely.

I was impressed with the measures that were put in place and left optimistic about how the industry can creatively adapt to the new situation we find ourselves in. After the dust had settled on the show, I caught up with Kevin Batchelor, Creative Director and Co-Founder of Electric Robin, and asked him how they have approached producing TV shows within this lockdown:

“We’re lucky enough that we’ve done shoots everywhere, literally every continent on Earth… We’ve shot remotely and done stuff in places that don’t have internet, that don’t have connectivity. Being isolated in the UK, with 90% of the homes having broadband and most of which having fibre, it still means that production is possible. If you can shoot something really nice in Antarctica with no connections, but still send stuff back to the UK every day, in theory, that principle should be able to be used in the UK when we’ve got a really good network.”

For the camera teams working on the YouTube live stream, we started with pre-production meetings. Producer and Electric Robin Co-Founder Ross Brandon brought everyone together over Zoom to explain the health and safety procedures and show production plans via shared screens.

“Zoom has blown my mind about production!” Continues Kev “…it’s not necessarily needed for everyone to be in an office in London… It doesn’t limit where we can employ someone from, at Electric Robin, in the country, or in the world to a certain extent.”

This was a national production with crews in every corner, so this type of video conferencing technology just makes sense. Before Covid-19 however, crews would often travel from London and overnight in a hotel. With restrictions on travel post-lockdown, there may be new opportunities for local crews to collaborate with agencies in other cities. We may also see more need for crew who can provide their own kit, as well as less reliance on big rental houses, in an attempt to reduce travel and the risks associated with handling kit.

The challenges of safely working in full PPE

Each of the twelve locations had a crew of just two or three: a camera operator, live-stream technician and, if required, a sound recordist (although mostly this was done by the camera op).

Going further than the 2m social distancing rule, we weren’t allowed to be in the same space as the talent or other crew members. The locations were the talent’s homes or studio spaces, so it’s important that they felt comfortable to let us in and know that their home wasn’t going to become contaminated. After we had set up and left, the talent would go into the space alone and be directed by the gallery using a talkback app on a phone.

At the start of each day we had to take our temperature and answer a series of questions about our health and provide this information to the production team. We wore full PPE: a boiler-suit, FFP2 face mask, latex gloves and even shoe coverings. The gloves made it harder to operate the camera or use a phone and would often get caught in zips on bags. The mask was hot and the suit had no pockets.

This all may have felt like overkill and it certainly made the task harder but it gave me the confidence that we were taking every precaution. A bit like washing my groceries when I return from the supermarket, I feel like a lunatic but I know I’m taking the extra steps to protect my family. We cleaned all kit during setup and wrap with alcohol wipes, especially the radio mic and phones to be used by the talent for comms and self-filming.

“What takes five minutes in the normal world takes thirty minutes in this world. That’s from the simple thing of a mic not being in the right place, or a light that needs changing, or the camera angle needing adjusting a fraction. It’s just about patience. Once you get it all set you’re good to go. It’s the same craft, you’re just re-learning it.”

Technology is a great enabler and there’s a couple of great examples on this project. I’ve already mentioned Zoom for production meetings which enabled us to get all the crew on one call from their various locations. Another useful tool was Unity which is a comms app that allows a number of channels to be set up for talkback: one for production, tech and show calls, as well as allowing the contributors to talk to one another and the gallery. Having never used this app previously it was really impressive.

In order to stream from any location, each unit had a LivU box. This essentially acts as a 4G booster by binding a number of 4G connections together to provide an isolated bandwidth, stable enough for streaming video. The remote workflow also influenced the choice in camera: the Sony FX9 with its auto-focus system. I own the FX9, I love it, it’s a fantastic camera, but until then I’d never used the auto-focus function on a shoot.

“It was mind-blowing! One of the ones we did for the YouTube stream, where the guy was up this close to the camera (Kev’s face fills the screen), then he walks right to, you know, far away in his room, picks something up and comes back. And it stayed with him the whole time. When you see it like that, you think that’s why we’ve used these cameras!”

Like many other filmmakers and production crew, I’m desperate to get back to work properly and can’t wait for our industry to reopen in earnest. The reality is, even after lockdown is eased, I know it’ll be a long time before things return to normal and even then, things may change permanently. These production methods may work for some content creators, but others like large-scale film productions will need to find new ways to produce the look of a movie with hundreds of cast and crew members on scaled back and siloed departments.

Be patient, be cautious, stay within your country’s Covid-19 regulations. Don’t rush and put yourself and others at risk just to scratch the creative itch. Look to your union for advice on safe working practices. BECTU (the union for the UK’s TV and film industry) are due to release a set of guidelines to help producers and freelancers keep themselves and their colleagues safe. While they will be written with UK freelancers in mind, I’m sure their guidelines will be relevant for all filmmakers, no matter where you’re based. Finally, I’ll give the last word to Kev. Stay safe, keep creative.

“We’re an incredibly adaptable nation… If there’s any good to come out of this pandemic, hopefully, it’s that we realise what makes us great as a nation again. It’s that we can come together to have a common goal, to achieve something, and that excites me.”

You can view my chat with Kevin Batchelor in full here. Grab a coffee, it’s 30 minutes long. 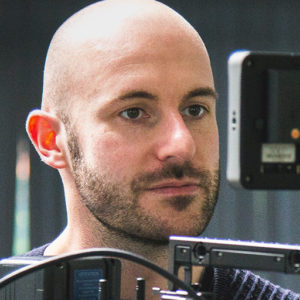